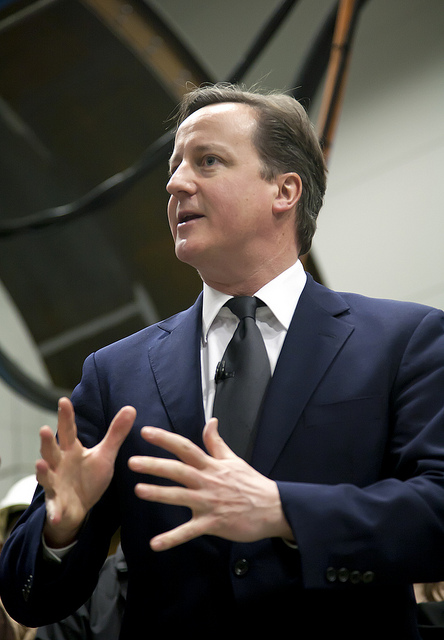 If there is one thing that all logistics companies and commercial vehicle drivers hate it’s traffic on the roads. Not only does traffic mean that companies have to spend more time on each delivery but it also leads to commercial vehicles emitting more carbon which damages the environment and wastes hundreds of pounds in fuel. This is why many will be pleased to hear that earlier this week the Prime Minister David Cameron announced a £15billion scheme to improve some of the busiest roads in the UK.

In a speech at the annual Confederation of British Industry (CBI) conference this week the Prime Minister stated that by the end of this decade over one hundred roads will be improved under the project. He said: “We know to secure Britain’s future, we need world-class infrastructure. Families need it to get around; businesses need it to create jobs; we need it to compete with the world and deliver economic security.

“So whenever we have been faced with the choice between the past and the future, we have always chosen the future. Not just HS2 and Crossrail; but HS3, the biggest investment in our railways since the Victorian time, a new nuclear power station and tapping shale gas – we have always chosen the future. In three weeks’ time, you will see an Autumn Statement where we choose the future again. At its heart is the biggest, boldest and most far reaching road improvement programme in four decades: over 100 improvements to our major roads.

“Hundreds of extra lane miles on our motorways and trunk roads. The green light given to major projects that have been stalled for years. Action to improve some of the most important arteries in our country – like the A303 and the A1 – which for too long have held parts of our country back. And all underpinned by over £15bn worth of investment. This will be nothing less than a roads revolution – one which will lead to quicker journey times, more jobs, and businesses boosted right across the country.”

Some of the roads that are being improved under the scheme include the A303 to the south west, the A1 north of Newcastle, the A1 Newcastle-Gateshead western bypass, the Trans-Pennine roads in the north of England, the A47 in the east of England and the A27 on the south coast. Naturally, there has been a considerable amount of support over the Prime Minister’s plans, with Matt Dyer, managing director at LeasePlan UK, saying: “Britain’s business community is reliant on the quality of our roads to successfully drive economic recovery forward.

“LeasePlan has long campaigned for more funding to be directed towards this vital part of the nation’s transport infrastructure. As we approach traditionally challenging winter driving conditions the Strategic Roads Network, along with other key links, is in dire need of an upgrade. Work on improvements and repairs cannot begin soon enough.

“It is my hope that, regardless of which party or parties form the next Government, this commitment to a ‘roads revolution’ will be delivered in a timely fashion to benefit thousands of driver-reliant businesses across the UK.” Along with spending £15billion in the future the government are also planning on spending £9billion on the roads during this parliament, meaning that a total of £24billion will go towards Britain’s roads.

However, there are those that do not support David Cameron’s plans, such as Chris Todd, roads campaigner at the Campaign for Better Transport, who said: “The road building schemes the Government is so keen to talk up will trash protected areas and do nothing for the economy. It makes no sense to spend billions ploughing more lanes of traffic through our National Parks or desecrating irreplaceable historic sites like Stonehenge. These schemes will make people more dependent than ever on their cars, place greater costs on the NHS, while failing to tackle problems like the massive backlog of pot holes blighting local roads.”

Even though many commercial vehicle drivers and logistics companies will be happy to hear that the UK’s roads will improve in the future, it is likely that over the next few years we will see an increase in traffic on busy roads undergoing improvements. Furthermore, there is no guarantee that larger roads will mean less traffic, as it could encourage even more motorists to use roads which they may have previously avoided.